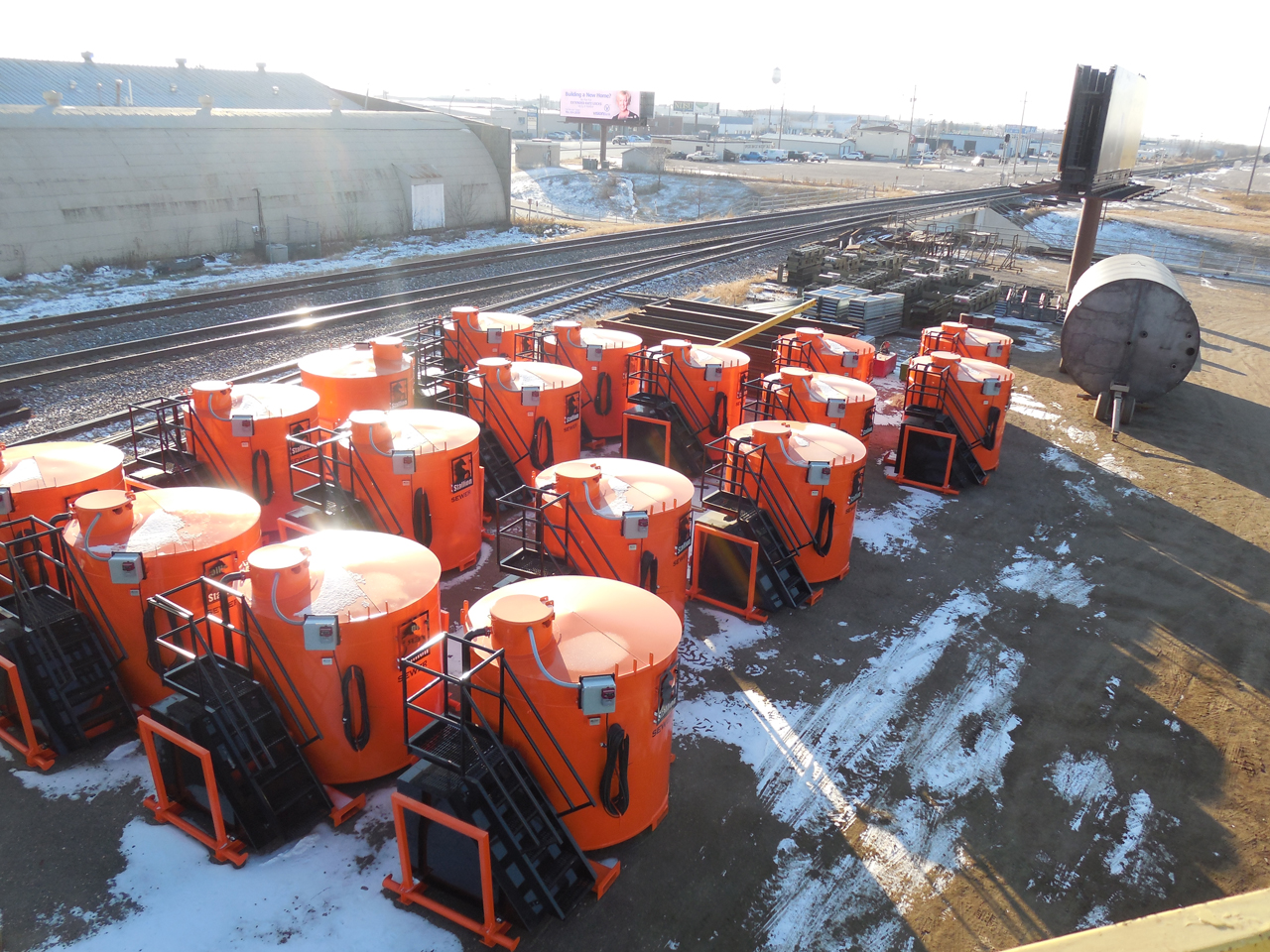 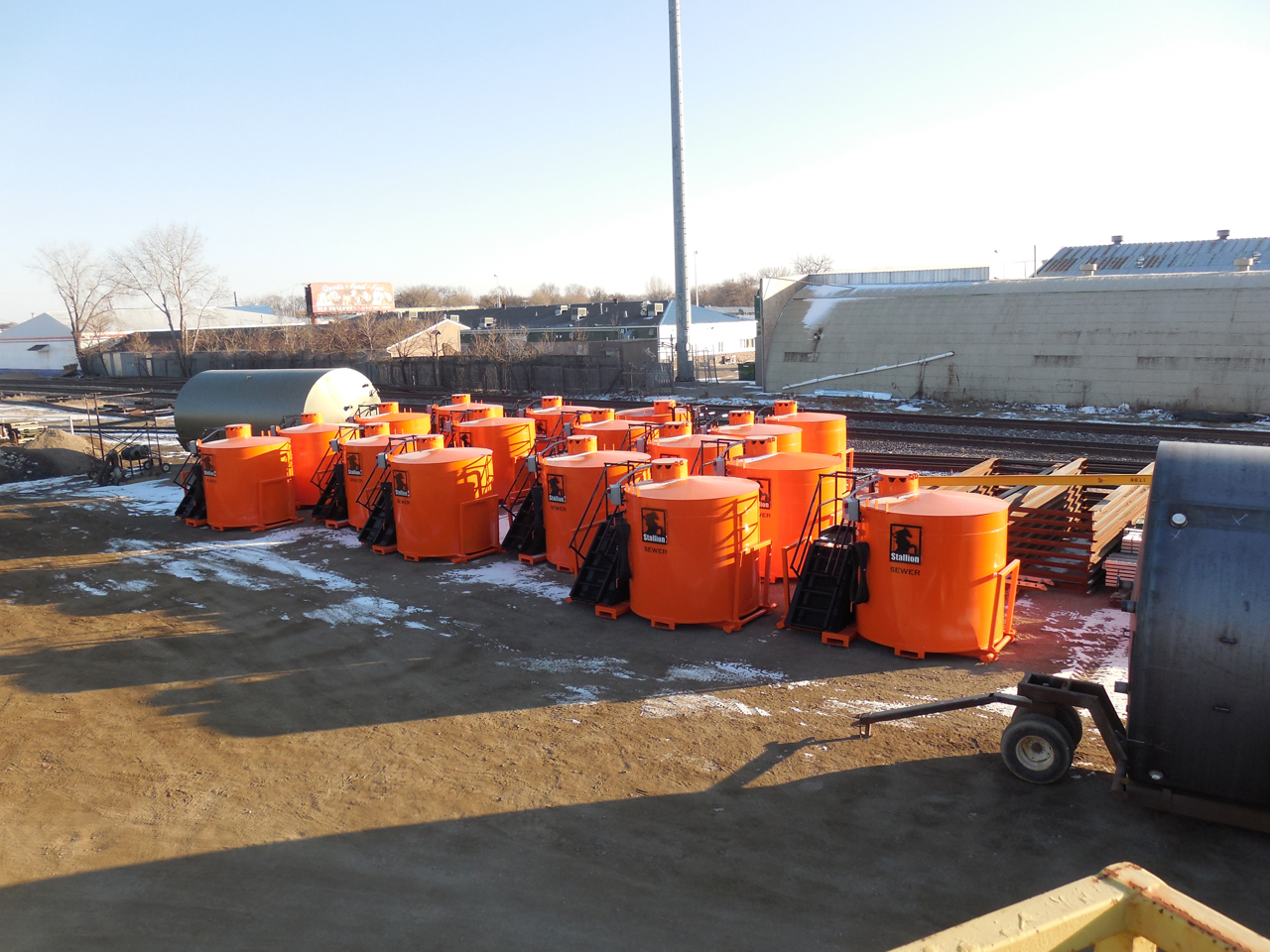 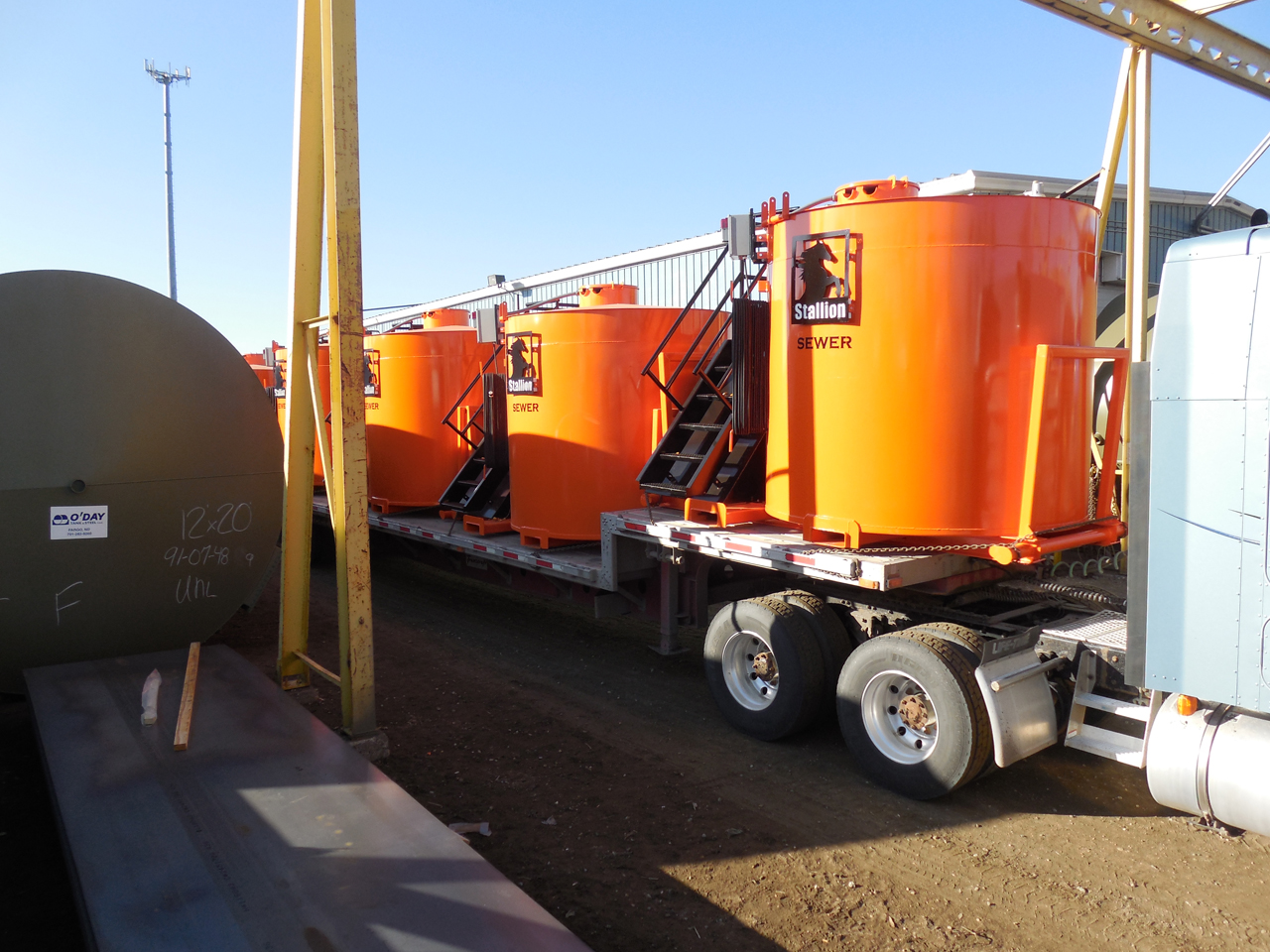 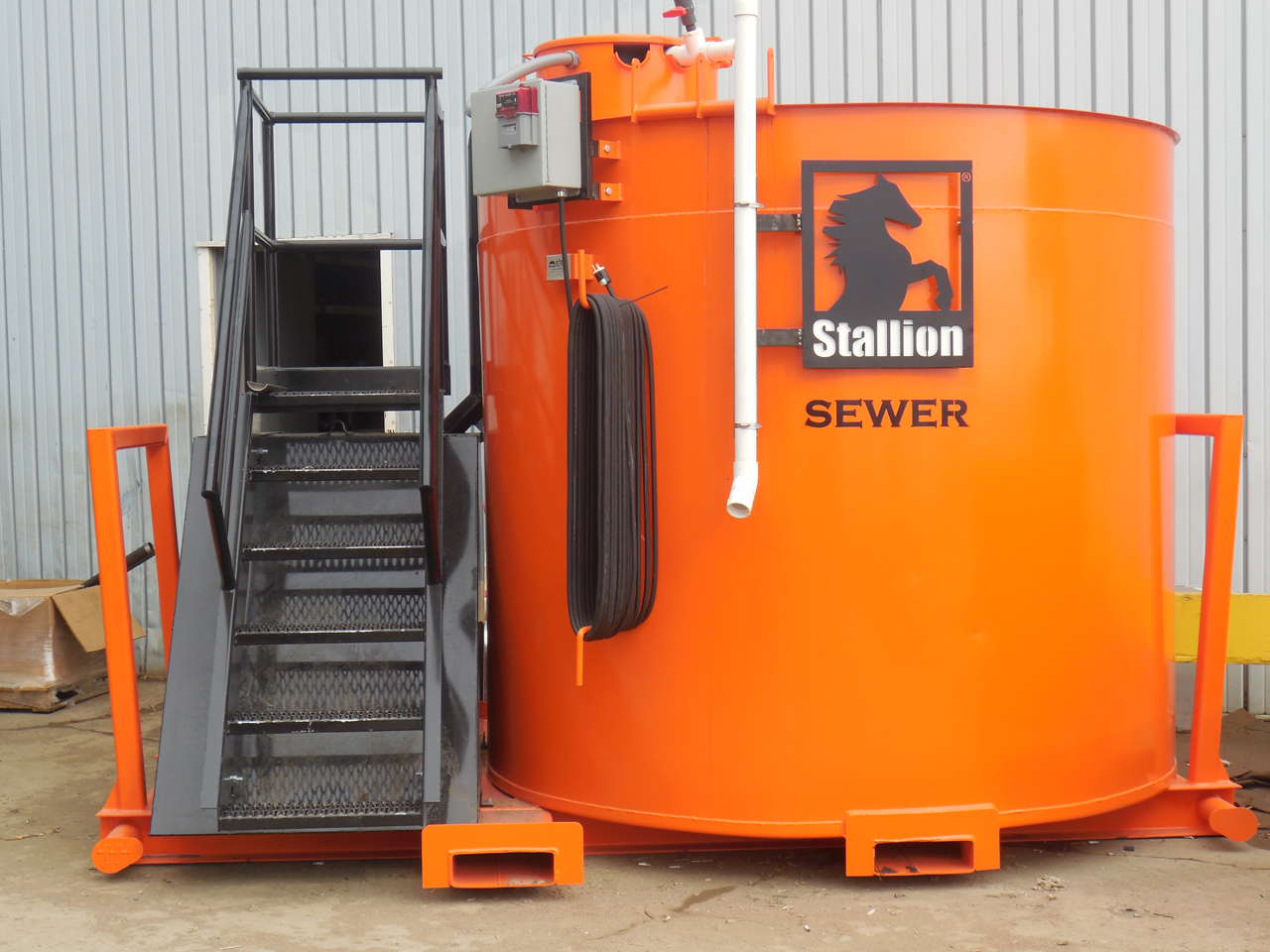 Stallion Oilfield Services is an established company that provides temporary housing to construction crews in the various oilfields throughout the country.  As part of this service, they have a storage tank on site that is to collect the waste generated and hold it until it can be pumped out and removed for disposal.  Stallion approached O’Day with a problem.  They had been using plain steel farm tanks which were insulated with a spray on foam insulation and then painted for this storage.  They found that these tanks were only lasting between two to three years of service due to the nature of the product stored and the multiple times these needed to be moved.  Each time they were moved, the insulation was being damaged and the tank bottoms were rusting from the inside out.

They wanted a solution which was easy to move, would not rust from the inside, was insulated and heated for winter operation, and had containment in the event of an overfill.

The team at O’Day developed the final system which is pictured here.  Stallion, upon receiving the prototype unit, commented that this was the first time any manufacturer had been able to understand what they needed and produce a prototype that met all of their goals without needing any changes.

Their system also included integral traffic protection for the tank, an electronic alarm designed specifically for their application, an insulated access cover at the top of the tank, and an OSHA designed ladder and platform for the driver to be able to work easily while unloading the tank.  The exterior tank provides protection for the insulation and inner tank, and the overflow tank is located under the stairway and platform system.

At this time, Stallion has 48 of these systems in operation and will be replacing the remaining old style tanks as they wear out with this new system.